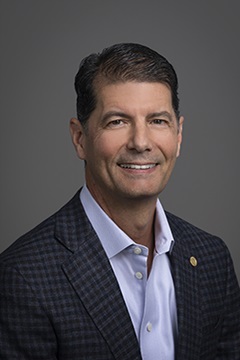 Chairman of the Board, Chief Executive Officer and President

Mr. Charles (Chip) Blankenship is the Chairman of the Board of the Company, President and Chief Executive Officer.  An accomplished business leader with extensive experience in the aerospace and industrial equipment markets, Mr. Blankenship joined Woodward in May 2022. His prior leadership roles before joining Woodward include the CEO of Arconic, an aerospace advanced alloys and components company, a 24-year career at GE where he held significant leadership roles in Aviation, Energy, and Appliances, including the CEO of Appliances, Vice President and General Manager Commercial Aircraft Engines, and General Manager Aero Energy (aero-derivative industrial turbines). Most recently, Mr. Blankenship served as the Montgomery Distinguished Professor of Practice at The University of Virginia’s School of Engineering and Applied Sciences.

Mr. Blankenship holds a PhD in Material Science and Engineering from The University of Virginia and a bachelor’s degree from Virginia Polytechnic Institute and State University.