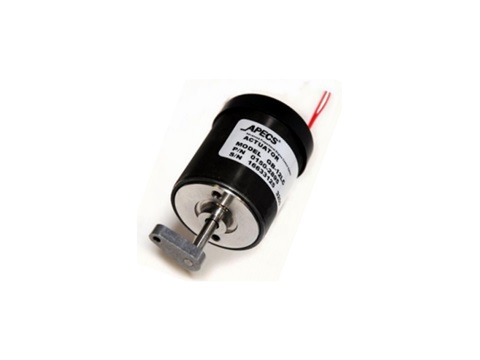 FEATURES & FUNCTIONALITY
Woodward's GBA is a laminated electric rotary actuator that accurately controls fuel flow in gasoline, propane, and natural gas engines. Combined with Woodward's electronic APECS and DPG controls , the desired engine speed is precisely maintained. The so-called "golf ball drive" due to its size is suitable for power generation applications (stationary and mobile generator sets) and industrial applications.
The power to the actuator is controlled by the controller so that the GBA can either increase or decrease the fuel flow to the engine. The actuator can be mounted on a fuel cut lever, mechanical governor lever, throttle or directly on the injection pump. The actuator may also return the fuel system to the minimum fuel position and shut off fuel flow to the engine.